Karl Koenig (1902-1966) was an Austrian paediatrician who founded the worldwide Camphill movement of therapeutic communities for those with special needs. Ita Wegman, an Anthroposophic physician, invited him to work closely with her at her institute for people with disabilities.

The Cascadia Society for Social Working is an urban Camphill centre in North Vancouver BC with a day program serving 34 individuals with developmental disabilities. In addition 11 of these individuals live in 4 Cascadia residences located in close proximity to each other. 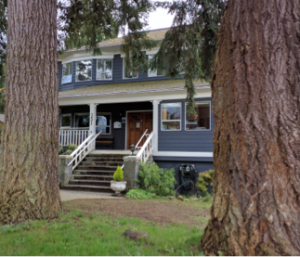 Workshops in the day centre include fibre arts, painting, basketry, candle-making, gardening, clay and home skills as well as a myriad of other artistic, educational, and therapeutic activities. Eurythmy and music play a strong part in the life of Cascadia.

I had several meetings with Ruth Tschannen, a therapeutic Eurythmist, who has spent 30 years in Camphill communities. She has been a part of Cascadia since 2000. I was also able to speak with Megan, a coworker in her mid-twenties, who initially joined Cascadia in September 2014

Ruth, how did you find yourself in the Camphill movement? 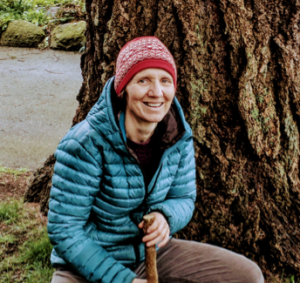 When I joined Camphill as a 24 year old, Karl Koenig was not in my consciousness. I had heard his name but this did not mean very much as he was not living anymore. I was deeply in awe of other coworkers who were the leaders and almost like gods to the rest of us. They were only about 35 years old at the time but they seemed much older. We did not mind working day and night for something we did not understand because we felt recognized and entrusted with responsibilities that were far beyond what we thought we could manage. We sensed a higher being working above the community which was able to make things possible.

In these first three years I learned everything important for my life. I learned gardening, basketry and other crafts. I met the Calendar of the Soul. I studied the stars and learned to play the lyre. I loved Eurythmy and made costumes for our performances. After only 3 months I became a member of the Anthroposophical Society. Reincarnation made total sense. I was intrigued by how I could learn to share money with others. There was no question that Anthroposophy and living in community was now the way forward for me.

You have been at Cascadia for 17 years. What changes have there been?

In 2000 we were a few coworkers with 11 special needs individuals. There were not many rules back then. We could go swimming, walking, camping, participate in festivals and artistic work without having long meetings about these things. We were all doing it all together.

Coworkers then did not work much one-to-one with our handicapped individuals, called “companions”. Even those with greater needs were taken into the group as much as possible.

At that time we were down on 1st St. in North Vancouver in two locations. Many wonderful things were possible being right in the middle of the city. Back then we did not have our own garden. After a while we found that the space was getting too small. As well there were fumes from a car shop below us and we had neighbours who were not favourable to our work.

Then the wonderful moment came when we were able to purchase our first house and move up the hill to 19th St. Many of our dreams came true; we now had our own space and gardens and possibilities to do art right in our own backyard.

The project of the mosaic came about after our move. 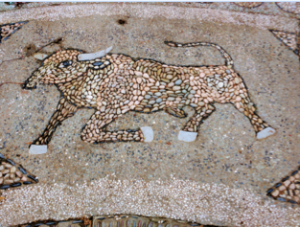 Detail from a large mosaic of the Zodiac

We have grown. Now we have 3 properties on the same street with a hall to meet and more space for different workshops.

With growth there come new regulations which are signs of our time which we cannot avoid. To see the positive aspect with this helps to find meaning in an ever-growing flood of paper. One result is that many of the most experienced members of our Society have ended up in administration.

But we are happy that new people are constantly joining us.

The challenge is to give people responsibilities to spearhead initiatives without losing sight of what Cascadia and Camphill stand for. We are always re-evaluating our mission. How can we bring the spiritual aspect into our daily lives without making people uncomfortable?

I strongly believe that most people have a sense that there is something different working in Cascadia. I am sure this is why people come to us. Finding ways to address such topics is the great challenge but also the most wonderful opportunity to sharpen our observation of the younger generation of coworkers and their needs.

Making soup and feeding the hungry in the city is a recent project that appeals to the young coworkers. Respecting the environment and recycling are big concerns for them.

The initial impulse of working and sharing with special needs individuals is not anymore the main priority. Of more interest now is answering the question: how can our companions become part of the solution in meeting the problems of the world?

The companions are interested in the people that cross their paths. We visit hospitals where they have the task of cheering up the sick. By greeting individuals in elevators they break the silence around the tyranny of others’ attachment to cell phones.

I am very interested to find more ways to give young coworkers opportunities to go into the world with our companions to bring change.

Up until now the products and the workshops were important, also the arts. The new approach now would be: how can we interact with and teach the world through the crafts, the arts and the gifts we have through Camphill?

Each companion has a vital task. How can he or she truly shine?

Megan, tell me a little of your life and how you found your way to Camphill. 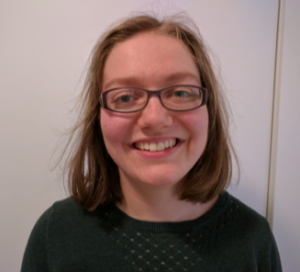 I had returned from New Brunswick and was in the middle ofdifferent job interviews. It was a good moment to explore what was happening in my home city after being away. The father of one of my best friends had worked in Camphill,Minnesota. To my surprise I found out that there was a Camphill community in my very own neighbourhood so I came by to investigate.

I was taken by the atmosphere and all the friendly people. I found that it was easy to become involved and I decided I wanted to volunteer. I was offered a live-in volunteer position. This suited me well as I could be at Cascadia full-time without having to worry about rent. I lived for a year in a Cascadia house with Monique Walsh in West Vancouver.

I found that the Cascadia atmosphere had a different set of priorities. In other jobs where I had worked and in schools I had attended everyone’s energy was focused on what was happening next. The future was the top priority.

At Cascadia time slowed down; it was the first time I had been with a group of people who seemed more interested in what was unfolding right in front of them instead of being preoccupied with the future.

After a year I left Cascadia thinking that I wanted a different experience in the wider world. I packed a lot into that year. I worked on a blueberry farm. I worked in a family grocers and I worked with kids with disabilities.

After a year away I was offered a job at Cascadia. I was happy to leave my other jobs and come back.

I am excited about the impulse now within the Cascadia Society to reach out — that’s a great thing! We have volunteers that come from Europe to work with us. We have a connection with a grade 7 at St. Edmund’s, a Catholic school up the street. The students come and participate in our home skills and artistic workshops and work along-side and interact with the companions.

We have made friends with a woman named Goli who runs an organization called Why Waste? She salvages day-old food from grocery stores which we use to make soup. The soup is taken down to Oppenheimer Park in Vancouver, one of the poorest districts in the country known for its issues around homelessness and addiction. Companions (with permission of guardians) are always very interested to accompany coworkers down to the Park to serve the visitors.

really interesting. Can you tell me more about it?

We make sandwiches, too! We found that the poor prefer white buns because many have missing teeth and white bread is easier to chew. We discovered that they like apple sauce and yogurt, too, so we take these things down to themas well. Cobb’s in North Vancouver donates the day-old buns.

Our coworkers meet the day before and make the soup and 250 sandwiches.

Goli from Why Waste? is a treasure! Her sister is an Anthroposophical doctor in Germany so there already is a connection between us. It feels a bit like Christmas just before she delivers the produce (some of it organic) to us each month. If we ever wanted to expand the soup project we could definitely get food delivered to us every second day!

I think that it is important for Cascadia to reach out. I believe that we can’t anymore just arrange our activities for the enjoyment of our own inner circle.

The world has needs, too, and we all want to be part ofmeeting them.

Thanks, Ruth and Megan! Good luck with this endeavour.